’WSDS Student Takes’ is a two-edition series in 2020 and 2021 written by alumni of the Warsaw Science Diplomacy School in the weeks and months following their completion of the program.

This article is by WSDS 2021 alumni who belonged to ’Team Space, named after the historical case study of science diplomacy on which certain modules were based. Learn more about WSDS20 and WSDS21 here!

Lessons from space diplomacy for a world in transition

During WSDS21, Team Space studied how space exploration was both a key element in competition between the United States and the Soviet Union during the Cold War period, but also a central component in the attempts to build bridges between both superpowers. Our team was composed of members from Argentina, Cyprus, France, Italy, Norway, and the United States and was led by Dr. Olga Dubrovina, author of the Team Space case study and a member of InsSciDE’s Space work package.

The case study started with reviewing the historical background of space diplomacy and attempted to connect it to present challenges within the current global governance shift. The space sector was and remains today, a fertile ground for multilateral and bilateral cooperation, while it also presents challenges and opportunities for creative solutions in such a global arena.

Space innovation is on the agendas of many countries as a strategic and competitive sector for the future. National space agencies frequently collaborate in the development of present and future space missions such as the recent Artemis Accords for the Lunar Gateway between ESA and NASA orwith JAXA in Japan. Russia and China are planning joint efforts to explore the Moon, and Turkey also aims to reach the Moon by 2023, while six countries of Latin America recently created the Latin America and the Caribbean Space Agency. At the same time, space agencies are relying more and more on private companies for technology and support, bringing more complexity to the area.

We are currently facing a shift from western countries towards a more global governance and a rise of illiberal states. Although historical circumstances are distinct, this present geopolitical context urges a review of historical lessons and an investigation of the possibility for cooperation in some strategic technological areas. This is particularly important given the current increase in militarization and commercialization of space, which is leading to a reduction of state control in exchange for the rules of the free market in space.

Science diplomacy (SD), and especially space diplomacy, is fundamental to advancing cooperation not only across countries that share similar values but also -and most importantly – as an instrument for coping with international tensions. Thus, it is important to agree on some principles of scientific cooperation, including to what extent data, protocols, funds, and products are shared. During a strategy-making exercise in WSDS21, we proposed an arrangement for the above depending on the sector/s and risks involved, delineating “levels” of cooperation that could correspond to how much sharing is advisable between countries. Our example reads:

Levels of Sharing and Collaboration

In this scheme, countries would determine and define different levels of sharing and collaboration according to the sector and country towards which cooperation is aimed. This process should involve national authorities (e.g. space agencies) and experts in different domains (e.g. scientific, commercial, military, etc.) in decision-making for designing and refining the levels.

On a case-by-case basis, this scheme streamlines and simplifies classifications to define opportunities to involve other countries in scientific collaborations, and to ensure an inclusive cooperation process on specific levels (for example SD can help to find agreements in at least levels 1-2 with countries for which cooperation at other levels may be harder to achieve).

There will be an additional dimension when it comes to aligned strategies, whether it be between countries of supranational schemes like the European Union, or regions of alike countries like Latin America. In this case, it is important to identify SD focal points in each state to work towards the alignment of strategies and to identify and resolve conflicts between national and supranational/regional efforts. A common format for data that are needed in each case will also be an advantage. Finally, the implementation of compensation strategies for integrating all member states into common goals (technology transfer and support of those sectors where they have more potential) will need to be addressed.

We thank Dr. Dubrovina for her suggestions and advice to the Team and this article.

WSDS21 Student Takes: Space diplomacy for a world in transition 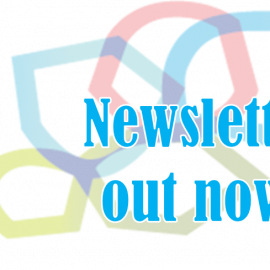 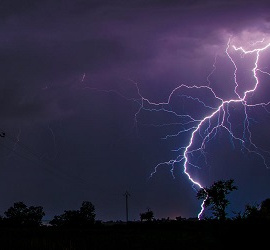