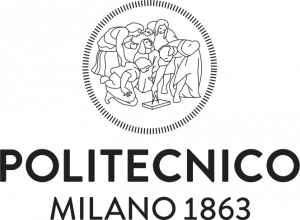 POLIMI is a public scientific-technological university that trains engineers, architects, and industrial designers. It is one of the best scientific-technological universities in the world according to the prestigious QS World University Rankings, which classified it 1st in Italy and 142nd worldwide. Moreover, it s ranked among the top 20 universities (according to the QS World University Rankings – by Subject) in all the three areas of specialisation: 20th in Engineering & Technology, 10th in Architecture and 5th in Design. Founded in 1863 it is the oldest of Milan’s universities and Italy’s largest school of Architecture, Design and Engineering with three main centres in Milan and five Campuses in Lecco, Cremona, Mantua and Piacenza and one
in China, in Shanghai.
Our tradition originally strongly rooted in the territory is opening up to new frontiers going beyond the borders of the country.
Politecnico takes part in several research, sites and training projects collaborating with the most qualified European universities. Politecnico’s contribution is increasingly being extended to other countries: from North America to Southeast Asia to Eastern Europe and Africa.
In 2020, POLIMI has renewed its set of seven values which are now an integral part of our strategic plan: responsibility, respect, integrity, professionalism, fairness, trust, and transparency.
Politecnico di Milano, as one of the leading technical universities in Europe, strongly believes in the crucial role of science and technology in human development. Still, we are convinced that only interdisciplinary and multi-actor approach can better respond to the global challenges we are facing. In this context, Science Diplomacy will influence greatly the future direction and priorities of university education, being able to increase public interest and trust in science, counteracting misinformation, and ideologically driven approaches and support the delivery of research results for the benefit of humanity, to solve global challenges through evidence-based policies. Politecnico di Milano has been historically actively engaged in developing international cooperation with a particular attention to the African continent, working with multiple stakeholders: (policy makers, authorities, NGOs, universities) putting Science Diplomacy into practice.