Advancing the Role of Science Diplomacy in the EU:

In its communication on the Global Approach to Research and Innovation, ‘Europe’s strategy for international cooperation in a changing world’, the European Commission has outlined its proposal for adjusting its strategy towards international cooperation. This is welcome in the current era that craves enhanced cooperation on global challeEU Science Diplomacy Alliance on Advancing the Role of Science Diplomacy in the EU_finalnges, for which there is broad international buy-in and potential for coordination and joint action to address pressing issues such as climate change and global pandemics. The communication also comes at a time when international politics is having an ever-stronger impact on research and innovation (R&I) policy, particularly given the shifting relative power between the US and China that is compelling the EU to take sides. The key issue is that the control and autonomy over some key technologies are dominated by the US and China. This leads to a paradox: while Europe promotes cooperation and open science, and welcomes being ‘open to the world’, the reality on the ground is that there is fierce competition between key players and that ‘openness’ can weaken Europe’s position. This can have a major impact on security, and on economic prosperity. The new buzzword seems to be ‘technological sovereignty’ and the geopolitical fear is that Europe may lose its capacity to act independently, thus leaving it dependent on other actors.

The Commission’s communication starts from the laudable principle that Europe should preserve internal openness and strive towards global openness. However, it is also stated that there are certain conditions that become boundaries and limits to the spirit of openness. The first is maintaining technological sovereignty when its loss threatens security or competitiveness. Openness can be both a threat and an opportunity: the EU needs to incorporate both into its strategy, ensuring that openness does not lead to a loss of actorness. The second is that openness needs to be reciprocal. And finally, the expectation is that the partners do not contravene the values enshrined in the Lisbon Treaty: freedom, democracy, equality, the rule of law, respect for human rights and human dignity.

The Alliance is of the opinion that these issues should not be framed as a dichotomy, as doing so narrows opportunities for transborder cooperation at a time when they are most crucial. It is important that the EU continues to take openness as the default for the strategy and policy, and only when there are viable security concerns or other risks, should this be narrowed down to a more closed approach.

In general, the communication expresses that its approach to research and innovation is not really changing. However, the question is to what extent policy statements are and will be reflected in actions (and budgets). The catch is to look at what is not or hardly mentioned in the text. In that respect, the communication reveals that it pays only little attention to science diplomacy. Furthermore, the way science diplomacy is presented is quite vague and confined to soft power, which is only one of the ways in which it can fulfill its potential to impact international affairs.

The sparse mention of science diplomacy in the communication is surprising given the fact that under Horizon 2020, a substantial investment was made for developing an academic base for science diplomacy by financing three projects dedicated to its study and practice. In 2016, former EU Commissioner for Research, Science and Innovation, Carlos Moedas, appointed an expert high-level group to advise on the Open to the World approach to EU research and innovation, which produced an initial set of recommendations towards building an EU science diplomacy strategy, which included commissioning the report on ‘Tools for an EU Science Diplomacy’. Several initiatives are currently underway at, inter alia, the levels of International Scientific and Technological Cooperation (SFIC) and the European External Action Service (EEAS), which has appointed the first dedicated science and technology advisor that aims to foster strong diplomatic relations through research and innovation. SFIC recently published its opinion on the communication, which calls for enhanced support for science diplomacy, utilizing the expertise and networking capabilities of the Alliance. Moreover, the Council conclusions concerning the communication call on the Commission and EEAS to develop a European Science Diplomacy Agenda that incorporates the SFIC recommendation and explores designating science focal points in order to ensure adequate capacities for science in EU delegations. Finally, the Madrid Declaration on Science Diplomacy should be mentioned, which acknowledges that science diplomacy holds great potential for mitigating challenges and fostering stronger relations; yet it remains to be fully exploited by governments, especially on the supranational level.

Science diplomacy, the nexus of science and foreign policy, provides tools for cooperating and competing with both allies and adversaries, making it an optimal practice for dealing with the complexity of international affairs. It can help provide guidance on many points that remain unclear in the Commission’s strategy, for example, how to determine and deal with situations in which the three above-mentioned boundaries (point 2) have been crossed; and how to reconcile the values mentioned in the Research and Innovation Strategy, which are mainly scientific values (though touching also on freedom and equality), with the defense of other core values like democracy, justice, and human rights.

The Commission is right in calling the EU a ‘research and innovation powerhouse’. This should not be left as a supportive line but should form the fundamental context of the strategy. If the Commission wants to live up to the claims in the communication that it aims to bolster international collaboration in research, then it should pay more attention to the practices of science diplomacy as a way to mobilize scientific and technological power, and envisage making it one of the key actions of its strategy towards international cooperation in the area of R&I. Promoting international research collaboration is not enough: adequate diplomatic frameworks must be in place to overcome barriers to cross-border cooperation if the EU is to lead the multilateral system to address global challenges.

An EU science diplomacy strategy stands to help to mitigate the array of global crises and transborder challenges we face, promoting both sustainable development and approaches that are just and fair. One can think of many reasons to ‘do’ science diplomacy. However, for the purpose of this paper, the Alliance proposes to focus on two general categories:

1. To facilitate the use of scientific knowledge in articulating and implementing the EU’s foreign policy and internal cohesion. Within this category, several priorities or foci can be distinguished. A geographical approach is one possibility. This would break down the first goal onto global, regional, and local / intra-EU levels:

2. To strengthen the role of scientific activities in mediating local and regional conflicts, especially in the EU’s neighborhood (including neighbors of neighbors). This goes back to one of the fundamental aspects of science diplomacy: the idea that bringing scientists together across conflictual borders or identities can contribute to having a better understanding of and relationship with each other. Scientific cooperation can and should be an instrument of international dialogue. Furthermore, a strong science base is one of the means for establishing societal resilience, a goal of the EU’s global strategy.

This question refers to the European approach, including the values enshrined by the EU that drive our take on science diplomacy as well as the unique approach to cooperation and competition that the EU presents to the rest of the world. Formulating a comprehensive strategy towards science diplomacy as a foreign policy tool is one way to deliver the vision into fruition.

Answering this question leads to the tasks and instruments that are needed to operationalize the strategy for the global approach for research and innovation. These can include pre-existing tools and instruments, but also new ones forged for the purpose of ensuring Science Diplomacy is an integral part of this approach. These include strategic tools (like policy documents and cooperation agreements), operational tools (like resource allocation), and support tools (like training activities and awareness-building programs). The process of determining the contents of the toolkit should be a multidisciplinary one, taking on board the views, considerations and needs assessments of multiple stakeholders. For example, the following points could form the toolkit:

1. Adopting a multifaceted approach to awareness and capacity building that involves:

2. Investing in the human resources necessary for taking up practitioner posts at the nexus of science and foreign affairs.

3. Building an academic basis for the study, application and culture of science diplomacy, which includes supporting universities as they become global actors intertwined in international affairs.

The Commission’s communication is commendable for its aim to bolster international R&I collaboration, and indeed the impact that it will have on global scientific research cooperation is expected to be substantial. Thus, the Alliance hopes that science diplomacy will be given a more prominent role as the Commission moves forward in this venture. As it stands, the nominal mention of science diplomacy in the communication is a missed opportunity. We urge the Commission to rethink and recognize the rich potential for RDT policies within foreign policy by embracing the practice and culture of science diplomacy as a crosscutting necessity for both global challenges and technological sovereignty.

* The EU Science Diplomacy Alliance is an initiative launched in 2021 by the three Horizon 2020 projects dedicated to the study of science diplomacy: EL-CSID, S4D4C and InsSciDE. Currently consisting of 17 organisational members from across Europe, the Alliance aims to develop, maintain and organize joint research projects, capacity building and training activities pertaining to science diplomacy. 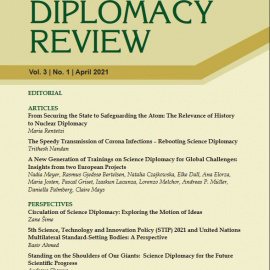 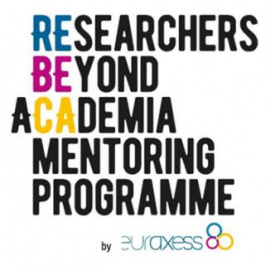 Science Diplomacy as an alternative career?