’WSDS Student Takes’ is a two-edition series in 2020 and 2021 written by alumni of InsSciDE’s Warsaw Science Diplomacy School (WSDS) in the weeks and months following their completion of the program.

This article is by WSDS 2021 alumni who belonged to ’Team ITER’, named after the historical case study of science diplomacy on which certain modules were based. Learn more about WSDS20 and WSDS21 here!

ITER as a Science Diplomacy Case Study: Success or Failure?

’Team ITER’ of WSDS21 examined the science diplomacy efforts and challenges at ITER (International Thermonuclear Experimental Reactor), a nuclear fusion research and engineering project that is one of the most ambitious experiments on Earth. The analysis is based on WSDS discussions led by InsSciDE researcher Anna Åberg around her case study ’The Ways and Means of ITER: reciprocity and compromise in fusion science diplomacy’, which details ITER’s complex organisation and the effect of decisions taken during the early phase of the project, particularly the 1990s and early 2000s.

ITER is a unique collaboration of scientists, engineers, politicians and diplomats, all of whom are engaged in science diplomacy in one form or another. The project brings together 35 members, including China, the EU, India, Japan, Korea, Russia and the USA, with the overall aim of proving the feasibility of nuclear fusion as an energy source.

First discussed in 1978, this ambitious project has been beset with technical, financial, and geopolitical problems. In 1991, a key partner, the Soviet Union, ceased to exist, and in 1998, the USA left the collaboration (they rejoined in 2003). Disputes over site location and which nations would manufacture different parts led to significant concessions being granted, sometimes to the detriment of engineering decisions. Recent private-sector interest in fusion has brought additional challenges, and diverging national interests threaten to turn ITER into a white elephant, overtaken by more agile small-scale competitors. It seems clear that ITER only survives because of significant acts of reciprocity and compromise, made by all parties, and that science diplomacy efforts must continue well beyond the project’s expected completion date of 2025.

It is extremely difficult to judge whether ITER constitutes a science diplomacy ‘success’. If a country withdraws from the project, should this be considered a failure? If partners are unable to agree on a faster pace or an expanded budget, does this constitute a failure for science, defeated by politics? When science-led decisions favour certain parties, does this represent a failure of diplomacy? Should a project’s continued progress in the face of diplomatic failures be considered an overall success for science diplomacy, if it works?

To its credit, ITER, however imperfect, IS a working example of science diplomacy, and it must surely be appreciated that achieving ‘first plasma’ (verifying the correct functioning of key systems) and ’net fusion’ (greater energy output than input) would justify the many imperfect compromises that have been made to keep the project running. From the science diplomacy perspective, there are, however, several long-standing concerns that remain to be addressed regardless of experimental outcome: low public awareness, a legacy of weak decision making, and uneven distribution of benefits between partners.

As part of WSDS’s Day 4 strategy presentations, Team ITER conducted a SWOT analysis (see table at the bottom) and proposed a set of science diplomacy recommendations that might increase project cohesion, not only at ITER, but in science megaprojects of the future:

Science diplomacy principles could also be employed to help increase the social acceptability of nuclear research generally. ITER should do more to oppose emerging techno-nationalism, promoting the view that the project functions for the sake of the planet, not just for the benefit of its members. These, and other messages relating to science diplomacy, do not appear to be important aspects of ITER’s communication strategy at present.

It is interesting that science diplomacy is often discussed using historical case studies, mostly from the 20th century (including ITER), despite being only fully articulated as a concept in 2010. Science diplomacy aspects as studied today may only have existed in indirect forms during ITER’s conception, expressed through such statements as nuclear for ‘peaceful purposes’. It might therefore be problematic (or even incorrect) to evaluate the efficiency or effectiveness of ITER as a diplomatic instrument through the lens of our contemporary understanding of science diplomacy.

For a project as complicated as ITER to succeed, the scientific and political outcomes must be satisfactory for all parties. ITER proves the need for stronger science diplomacy leadership in intergovernmental scientific collaborations. In our view, integrating specific science diplomacy objectives and strategies during the earliest stages of project planning would go a long way to preventing potential conflict and achieving coherence between members’ scientific and diplomatic aims. We suggest that such a sentiment informs one of the themes of future science diplomacy trainings! 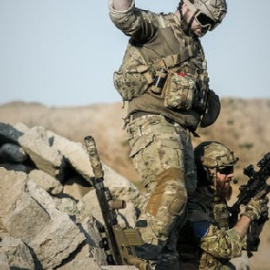