In the morning an information session was organized at the request of European External Action Service (EEAS) staff. The event was hosted by EEAS and facilitated by our projects in coordination with DG Research & Innovation (DG RTD). The session started with short input presentations by the three project coordinators on definitions of science diplomacy, on national approaches to building up a science diplomacy corps and on the institutional links between EU research and innovation policy, science diplomacy, and foreign policy. These were followed by debate with the audience where we could reflect on the variety of channels already established between EEAS, DG RTD and other players. The second half of the 2,5-hour event was dedicated to discussing selected case studies of EU science diplomacy ranging from digitalisation to space policy or water diplomacy. The cases and materials had been prepared in a training perspective, and the participants showed interest in programming later training opportunities. 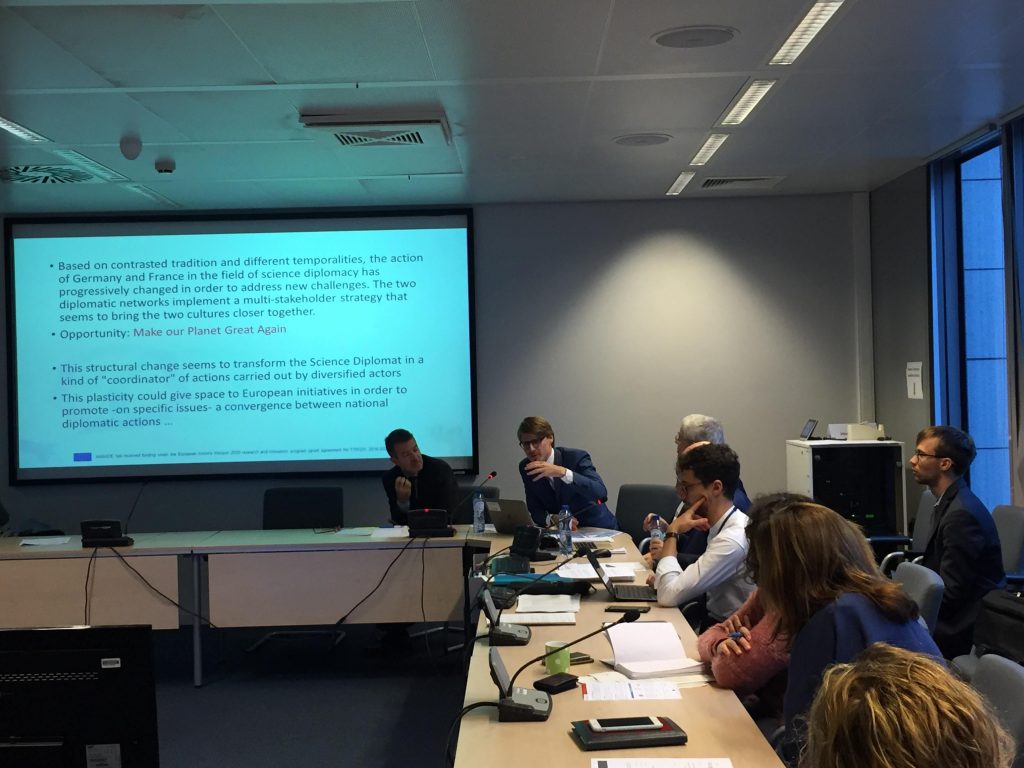 The event confirmed the potential great strategic value of science diplomacy as part of the EEAS foreign policy toolbox. Staff working in the “Human rights, global and multilateral issues” Directorate showed particular interest in deepening the exchange on the various entry points for scientific evidence as well as science cooperation as an instrument for diplomacy, e.g. in areas related to climate change, peace or security. Geographic desk officers at EEAS reflected that their tasks might also benefit from a more explicit consideration of EU science, science policy and science diplomacy.

In the afternoon of 22 November, a briefing session was organized for the EU Research & Innovation Counsellors in the framework of the Science Counsellors’ Week. Every project was briefly introduced, and space was left for a more in-depth discussion. Overall, the Counsellors agreed that science diplomacy can advance broader foreign policy goals such as keeping communication channels open. However, they also emphasised that labelling activities as “science diplomacy” could conceivably have a counterproductive effect and must be critically assessed. Diplomacy sometimes needs to happen underneath the surface in order to be beneficial. Moreover, the Counsellors stressed the importance of keeping science cooperation ongoing despite political difficulties – such as in the case of Ukraine or the Gulf countries. The example was given of an FP7 project involving several MENA region partners. Even though the partners did not like to showcase their cooperation with specific regional counterparts, the cooperation within the project itself had proceeded smoothly. 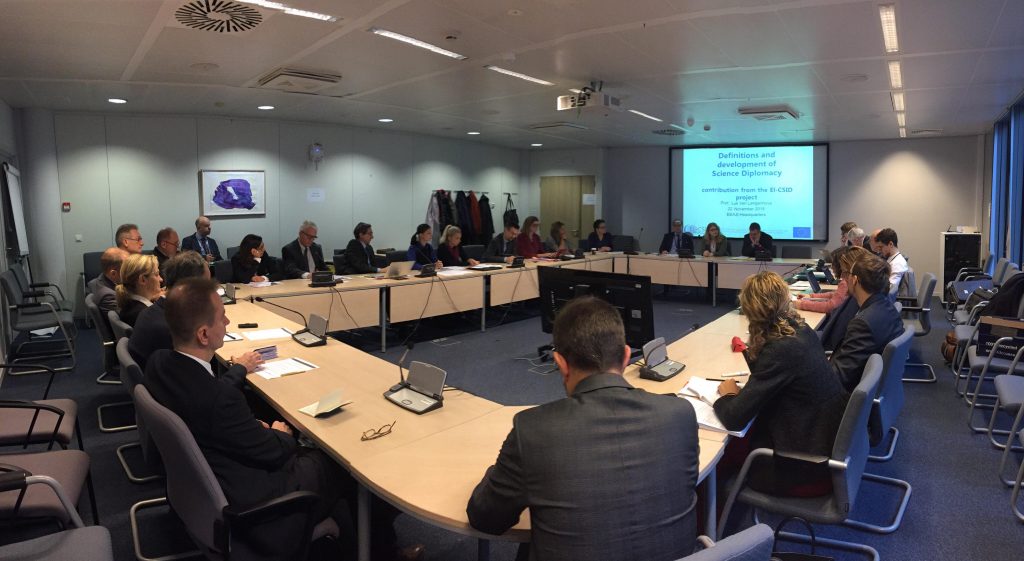 All three projects will continue to work together to cater to these important beneficiary groups at EEAS and DG RTD. The next steps for this are project events involving EEAS and DG RTD colleagues in Madrid (S4D4C’s 1st Global Meeting, 12-14 December), Krakow (InsSciDE’s 1st Open Conference, 18-20 January) and Brussels (EL-CSID final conference, 27 February). We will follow up with scoping additional specific training and exchange events.