The Future is Now:

Science Diplomacy for the Sustainable Goals

This blog post is an extension of what was discussed during the Parallel Session 15 of the last Marie Curie Alumni Association (MCAA) Annual Conference which took place in Lisbon on the 26th and 27th of March 2022. You can find the whole reports of the sessions in previous blog posts (Day 1, Day 2).

Chair of the session:

Speakers:
Sir Peter Gluckman — International Science Council (ISC) / President
He was the Chief Science Advisor to the Prime Ministers of New Zealand (2009–2018) and part of the founding chair of the International Network of Government Science Advice (INGSA) (2014–2021).

Julia MacKenzie — American Association for the Advancement of Science (AAAS) / Chief Program Officer.
She acted as a Science Advisor in the Office of the U.S. Global AIDS Coordinator and Health Diplomacy at the State Department.

The main goal of this session was to discuss the role that science diplomacy (A Primer on Science Diplomacy) has in achieving the Sustainable Development Goals (SDGs). Back in 2015, the United Nations adopted the 2030 Agenda for Sustainable Development, which provides an outline to achieve a better and more sustainable future for people and our planet. At the center of this agenda are the 17 SDGs that address societal and planetary challenges that we currently face.

To begin this discussion, all of the speakers elaborated on their opening statements followed by a question and answer session. 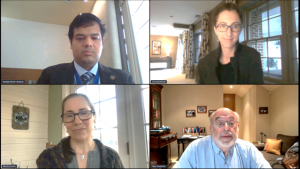 The panel of invited speakers during the Science Diplomacy session

Sir Peter Gluckman stated that science diplomacy is still not a priority in many countries because in many cases, such countries tend to focus on economic and technological growth over broader issues like the environment. Without any question, this has made science diplomacy much harder than policymaking.

In the case of the COVID-19 pandemic, he noted that the cooperation between individual scientists and the public and private sectors was good. Nevertheless, the international community, such as the World Health Organization (WHO), did not respond rapidly to the evolving emergency since the international health regulations were out of date and difficult to modify. Therefore, he suggested a new pandemic treaty that includes information and status sharing, genome sequencing sharing, inspection, and vaccine and therapeutic developments.

On a different topic, he explained that the science needed to tackle climate change is largely not being provided. There is a lot of focus on the more technical aspects of climate change but not much focus on persuading societies to take risk assessments urgently. For this reason, it is critical to engage in transdisciplinary research to take the knowledge we all have about how to reduce emissions and see it engaged in societies. He also pointed out that there are still major issues remaining on the international agenda and the tension between the Global North and Global South over how to proceed with various commitments to reduce emissions. In the meantime, the globe is getting warmer.

He concluded his remarks by mentioning that the UN system is fragmented and does not have any methods to ensure that science is imported into global policy processes. To solve this problem, every aspect of the sustainability agenda needs an approach in which the global commons are appreciated to be critical. This includes social sciences along with the natural sciences in a transdisciplinary approach to engaging with local communities.

The opening remarks of Julia McKenzie

Julia introduced the AAAS as a multidisciplinary scientific society and leading publisher of state-of-the-art research through various journals such as Science. Additionally, the AAAS focuses on advancing science, innovation, and serving society, ensuring that good science informs greater action on behalf of society. She exemplified this by mentioning that the AAAS employs scientific journalists to produce the news section in Science magazine. In the context of the pandemic, the relationship between US scientific journalists and Chinese scientists yielded results with a positive outcome.

Later on, she noted that the AAAS has pivoted its focus on the local rather than the international. For example, in the field of climate change, she highlighted that bidirectional dialogue is key with other stakeholders and such interactions require scientists with an expanded skill set. Besides, she mentioned SciLine, an editorially independent and matching service for journalists and scientists whose goal is to ensure that news is science-informed. On the one hand, SciLine connects journalists to scientific experts who provide trustworthy facts and context for their reporting. On the other hand, SciLine allows scientists to broaden their knowledge and help them give voice to their scientific facts. In this case, a science-informed public is a boom to science diplomacy.

Melody remarked we are currently facing challenges and thus suggested a few ways on how to overcome them:

Questions from the audience:

The ISC observations regarding the problems of public uptake of risk assessments and urgent advice are cogent, and the proposed solutions of transdisciplinary inclusive approaches are wise. However, they have been formulated and promoted over and over again since the 1980s. Is there any hope for significant progress?

Sir Peter Gluckman mentioned that we have failed to understand how to make people address issues, which are not immediate in their mindset. It is important to frame the question not only from the scientific lens but also from the community perspective. Therefore, we need a very different kind of transdisciplinary research. Furthermore, it is critical to negotiate with other stakeholders, engage with communities around the world and understand how research is funded. Even though the words have been around for a long time, it is quite threatening how research is currently being conducted.

Melody Brown Burkins focused on the coproduction of knowledge and participatory research. This is done by taking into account problems and challenges that people on the ground want to hear about and returning our knowledge projects to the communities through their language or academic journals. It is a whole world on how we do science that will take new strengths, approaches, and education of the next generation of science diplomats.

How is Science Diplomacy helping global sustainability goals (SDGs)? Per se what are must/should do things to identify or answer the differences we all have. Ex. Technologically rich vs poor countries, medically (vaccine) rich/ poor, and private vs government organizations lead research.

Julia MacKenzie said that the SDGs apply to all nations, rich or poor. She mentioned one case in point; the AAAS has developed an advocacy campaign around making the US more invested in the SDGs and translating the SDGs framework into action plans. Additionally, we should lean-to where we see major successes and make sure that we are transmitting those to the world.

Melody Brown Burkins explained that we need to make sure that scientists are aware of the SDGs and implement them. In our case, the US needs to do more on that; thus, investing in research for sustainable goals is the key. We have to make sure that the science and diplomacy incentives are aligned with the future of our planet’s sustainability. In addition, we need to invest in research that is focused on the SDGs.

How can the different institutions contribute to the SDGs?

Julia MacKenzie explained that the AAAS embeds scientists within the federal government, including fellows in the State Department where they are formal science diplomats. This practical program takes mid-stage career scientists and gives them a professional development opportunity. In the process, they expand their skill sets and many of them stay in the policymaking arena.

What role can science diplomacy play to encourage a constructive movement?

Melody Brown Burkins stated that we are all well-informed and have good science, but the challenge here is to engage with other sectors such as the finance world. How can science diplomats talk to funders and create partnerships that provide incentives to make a more sustainable and equitable world? This is because the finances of today are funding an old path that is not equal and not sustainable. 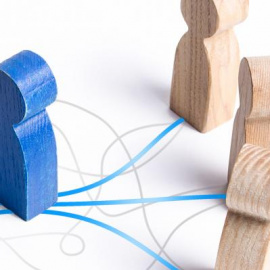 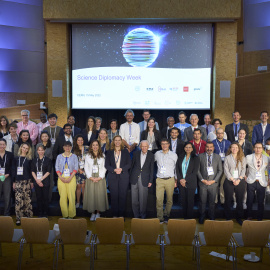